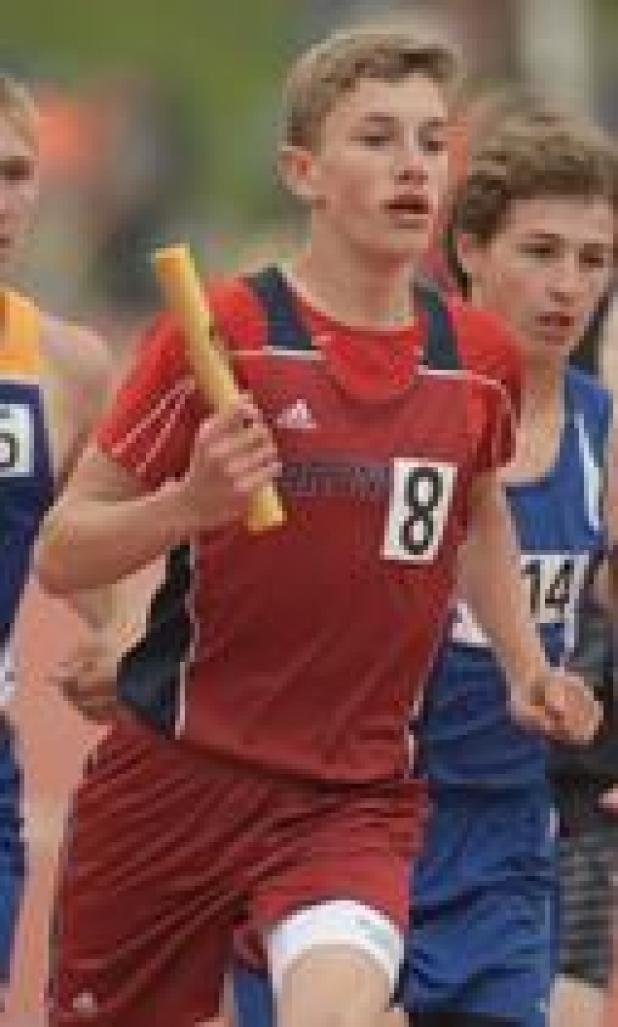 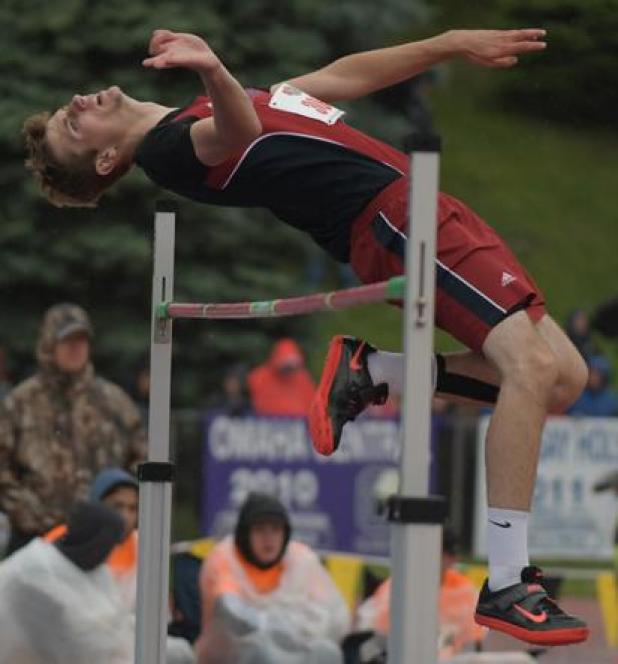 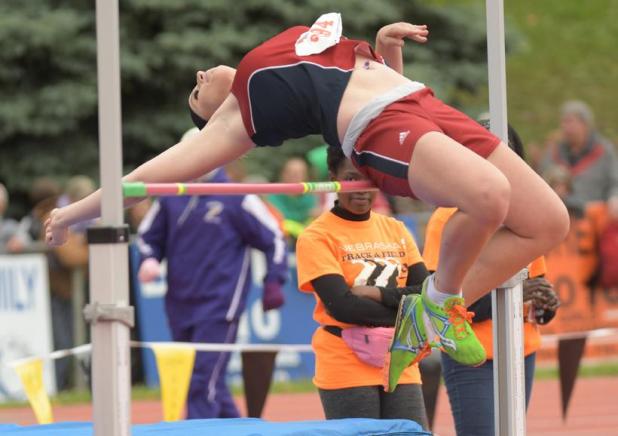 Faith Simpson took part in four events at the state track meet, but was unable to place in any.

“He was very confident and wanted it,” Doetker said. “It didn’t bother him at all.”

Gaston advanced easily through the early heights, setting him up in good position for his final jumps with only Gaston and Boyd County’s Caleb Rihanek clearing 6’1”, Gaston asked to go up two inches. Rihanek was unable to clear the height.

Kicking off WP’s showing at state was the 3,200 meter relay Friday afternoon.

The Bronco boys’ wanted to get off to a fast start and stay at the front of the field. Ben Anderjaska ran WP’s first leg and lined up next to Pawnee City’s 200 lb Andrew Davis. Within Anderjaska’s first step, Davis bumped him off his line, burying the Broncos in the pack.

The field remained tight. When Joel Maris received the handoff from Anderjaska, Maris was cut off by Brady’s first leg runner. The pack had started to thin by the time Maris handed off to Brody Nordhausen. Cash Yearous ran WP’s final leg.

Yearous’ 1,600 meter run was one of the most frustrating races of the weekend. The event took four tries to get started. Yearous ran his second fastest time of the season, 4:59.09, finishing 15th.

Simpson’s best chance at a medal was in the discus. Simpson entered the event with the second best throw.