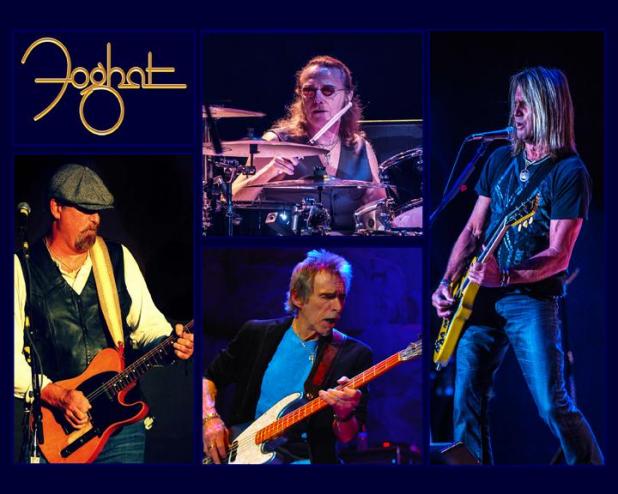 By Russ Pankonin The Wauneta Breeze

This year’s entertainment lineup for the Chase County now stands complete with the announcement of performers at this year’s Rock concert and an addition to the Country concert.
Classic Rock group Foghat will headline the Rock show Friday, Aug. 18, with another Rock classic, special guests Quiet Riot.
On the Country bill Saturday, Aug. 19, Country favorite Casey Donahew will appear as a special guest for the headliner, Old Dominion.

Foghat
Rock fans will be treated to  an intense performance with incredible energy and musicianship when Foghat takes the stage.
Foghat’s live performances show why the band is still around today and why they will be able to keep on rockin’ as long as they want.
This band is truly timeless and secured their place in Rock history with eight Gold records, one Platinum record and one Double-Platinum record.
The iconic band is rocking just as hard as they did decades ago and with rock anthems such as ‘Slow Ride’, ‘Fool For the City’ and I just want too make Love...’
They draw audiences of all ages, from the young kids who play Guitar Hero III and know all of the lyrics to “Slow Ride”, to the generation of 30-40 somethings and to the ‘boomers’ who bought Foghat’s first vinyl or 8 track.
The band formed in 1971 and Drummer Roger Earl, a founding member of the band, has ensured that Foghat’s musical legacy continues on.
He’s joined by lead vocalist/rhythm guitarist Charlie Huhn played with Ted Nugent, Gary Moore & Humble Pie, and lead/slide guitarist Bryan Bassett played with Wild Cherry and Molly Hatchet. Bass player Craig Macgregor has been with the band since the ’70s.
Their 2016 album, “under the Influence,” featured a special 40th anniversary rendition of “Slow Ride.”